Frame by Frame is celebrating the fact that France is on the forefront of international animation. Saturday Oct. 13. is dedicated to everything related to French animation. We will see examples of what is going on within the animation industry and meet some of the people that make French animation so exciting. Bon appétit!

Order tickets at Frogner kino
How to get there? Check out this map

Marc Jousset: The art of Persepolis
Marc Jousset is managing the successful studio Je Suis Bien Content in Paris. As a producer Jousset has enjoyed great success within a broad range of animated expressions for short films and commercials. Lately Jousset has been Art Director on Marjane Satrapi’s feature Persepolis. At Frame by Frame Jousset will present his studio and talk of the creation of Persepolis.
www.jesuisbiencontent.com 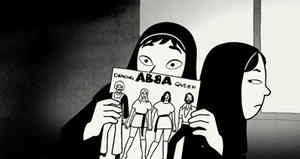 Kyle Balda: From Pixar with love
Kyle Balda has been working professionally in feature animation for the past 12 years, most notably with Pixar Animation Studios and Industrial Light & Magic. He began his career studying traditional animation at The California Institute of the Arts in 1991. Shortly after, Balda joined the crew of Industrial Light & Magic where he participated in such films as The Flintstones, The Mask and Mars Attacks. After animating on Peter Jackson’s The Frighteners at Weta Digital in New Zealand, Kyle returned to California to work at Pixar on such films as A Bug’s Life, Monsters Inc. and as Directing Animator of Toy Story 2.
Kyle is presently living in France where for the past three years he has been conducting animation workshops at various European film schools. He also stays heavily involved in 3D production animation as a director and supervising animator at Macguff Ligne and Passion Studios in Paris.
www.kylebalda.com 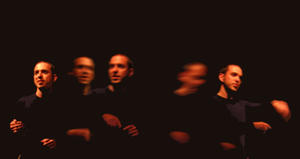 Antoine Antin: The French Connection
Antoine Antin is a classically trained animator working at Bibo films and Neomis Animation in Paris. Through a series of poetic short films he has developed his personal and very distinct style of animation. In addition to working on his own projects Antin has also done work on the international features Curious George and Asterix and the Vikings. At Frame by Frame Antin will showcase some of his short films and talk about classic animation in France.
www.aantin.com 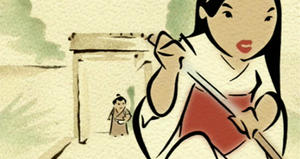 Drifa Benseghir: 3d a la France
Drifa Benseghir is a freelance 3d-animator in Paris. In between work on various productions, she also manages to find time teaching 3d at the acclaimed animation school Les Gobelins in Paris and The Animation Workshop in Viborg, Denmark. Benseghir has animated experiences from various styles of 3d-productions having worked in video games (UBI Soft) and features (Walt Disney Feature Animation). At Frame by Frame Drifa will present the 3d industry in France.
drifette.blogspot.com/ 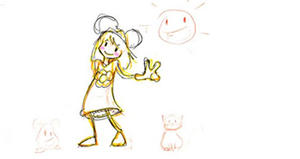 VJs Lisa Paclet and Dorothée Sorbier
Two of the most exciting VJs from Paris and Toulouse will show us their VJ-skills. Paclet works at Cube production company as an animator during the day and VJs around Paris during the night. Sorbier is a designer working with web, print and motion graphics. Her design background is highly visible in her eclectic VJ-performances.
www.lisapaclet.net
www.myspace.com/dothyhomeland 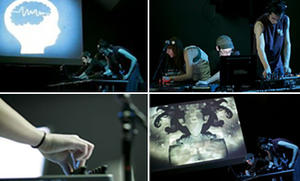